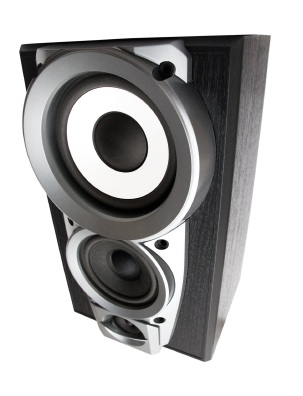 This month is a HUGE month for one of my good friends in technology. He's moving his social media company from Indiana to California. He's going to be embedded in the heart of The Valley with some of the other sharp minds that have grown their social media applications explosively. (Yes, I'm a little bit jealous).

Aplikasi sing digawe time iku sederhana (uga Twitter!) Nanging dheweke dadi wong-wong sing seneng pengin tenan. They make it easier. The platform is simply the means to get to the social part. I'm not underestimating the incredible talent and imagination it took to launch such a cool application, there's no doubt. But the popularity is because of what the application enables. It enables a social engagement we've not seen yet.

Aku ndidik klien lan pelanggan babagan teknologi supaya kita bisa nggunakake kanthi maksimal lan nggedhekake pengaruh sosial. Dadi, nalika klien takon marang aku, "Kepiye carane aku entuk luwih akeh [lebokake pandherekipun, penggemar, lengganan, buzz, retweet], I'm always a little put off. If your company is not a social company, if you don't care about your clients, if you don't write fantastic content, if you don't have a great product, if you don't have special people, if you're not luar biasa… then the big numbers won't do you any good.

Aku terus ujar…. Media sosial minangka penguat. If you have nothing to amplify, then the biggest amplifier in the world won't help! Stop searching for bigger and better social media experts to keep building bigger and better amplifiers for you. It's what they're amplifying that makes the difference.

It's the equivalent of someone who can't sing asking us to fill a stadium. After we fill the stadium, then what? If you can't sing, we had no business selling a single ticket! Folks like me can get people to show up to the concert… then it's your job to put on a heck of a show!

So… quit asking me to get you more if you can't handle the ones you have now. If your 500 followers aren't doing business with you, then how is getting you 5,000 more going to improve your results? Here's a tip… it will result in ten times the impact.

Some day Twitter won't be here, Facebook won't be here, LinkedIn won't be here… and we'll be working with newer channels that may continue to make things just a little bit easier. Those new media platforms still won't be able to fix the core issues challenging your strategy, though. Let's fix those first.